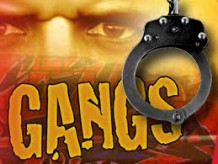 In an attempt to stem the gang war that has blown up in Santa Ana since New Year’s Eve, the SAPD checked 25 probationers on Tuesday, each a registered gang member with a history of firearms, according to the OC Register.

All of that work amounted to four arrests, including the arrest of man on probation for kidnapping and carjacking, as well as a hit-and-run suspect with an outstanding warrant.

The SAPD has also seized 25 guns in the past month due to the SAPD vehicle and probation checks, and patrol calls. The reasons for the current raging gang war in our city are many but they include:

So how do we fix this mess?  Well first we have to acknowledge that our city is in real trouble. We might finally be at that point. Check out what SAPD Police Chief Carlos Rojas told the O.C. Register this week:

“It’s been a violent start to the new year. I haven’t seen this level of violence in recent times.”

So how do we dig out of this mess?

Here are a few suggestions:

It is past time for our city’s leaders to get off their butts, admit we have a gang problem and get to work!