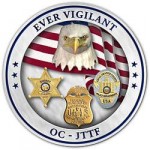 The OC Joint Terrorism Task Force arrested two Anaheim men Thursday after an investigation, according to the O.C. Register.

Details about the two suspects and what charges the men are facing were not immediately released. Both men will be charged in federal court Friday, according to ABC News.

Like a number of recent cases, the sources said the unarmed suspects fit a pattern of individuals who have been recruited by ISIS as foreign fighters, particularly through social media propaganda, according to NBC News.

The men are said to have not posed an immediate threat to the Los Angeles region.

In March, Adam Dandach, 21, of Orange, California, was named in a superseding indictment returned today by a federal grand jury in Santa Ana, California. Dandach, a U.S. citizen, also known as “Fadi Fadi Dandach,” was charged in the indictment with one count of attempting to provide material support and resources to a designated foreign terrorist organization; two counts of making a false statement on a passport application that was obtained in order to facilitate international terrorism; and one count of obstruction of justice for attempting to destroy records after his arrest last July, according to the FBI.

In partnership with federal, state and local law enforcement partners, the mission of the Orange County Sheriff’s Department Joint Terrorism Task Force is to prevent, investigate and effectively and efficiently respond to a potential terrorist threat. The Task Force is responsible for collecting, analyzing and sharing critical information and intelligence related to any investigation occurring in or affecting the Orange County area.

In order to prevent, investigate and respond to a potential terrorist threat more effectively, the Orange County Sheriff’s Department teamed with the FBI and other local police agencies in forming the Orange County Joint Terrorism Task Force (OC JTTF). OCJTTF is one of sixty-six JTTF’s across the United States and the 3rd largest in the nation. This task force is an intricate influence in the war on terror. Team members are tasked with collecting, analyzing and sharing critical information and intelligence involving matters related to any terrorism investigation occurring in or affecting the Orange County area. Task Force Members have undergone extensive background checks and training in FBI and Homeland Security protocol. In addition, because of legislation in effect such as the Patriot Act and the Foreign Intelligence Surveillance Act, staff assigned to the JTTF.