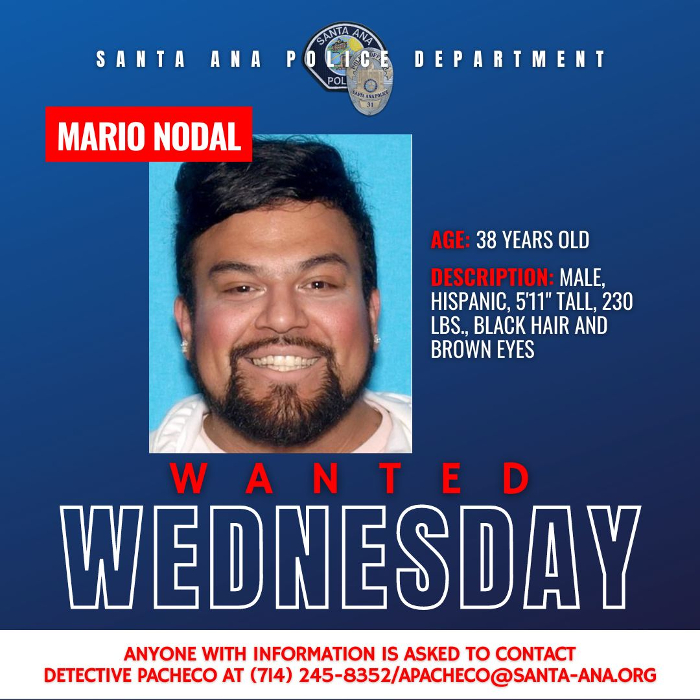 A juvenile victim, reported being sexually assaulted by wanted suspect Mario Nodal on multiple occasions and for several years.

It is believed that Nodal would provide drugs and alcohol to the victim during the assaults. Many attempts to locate Nodal have been unsuccessful. Detectives are asking for the public’s assistance in locating him.

Anyone with information on Nodal’s whereabouts is asked to contact Detective Pacheco at (714) 245-8352 or APacheco@santa-ana.org.