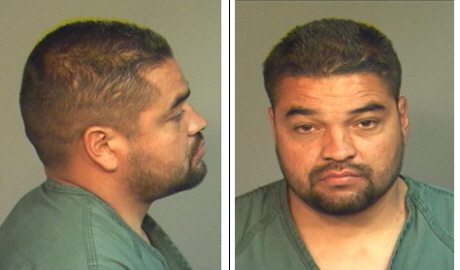 The Santa Ana Police Department has drafted an Executive Summary regarding the melee that broke out this Saturday night, at a party at the Caravana Mobile Home Park. You have by now read our initial post about this fracas, which included a shaky video shot by someone at the party. Here is the other side of this story:

On January 22, 2011 at 8:01 p.m., Santa Ana Police dispatch received a call of loud music coming from a party at 306 S. Sullivan #89. The dispatcher noted that the music could be heard loudly over the phone and that the calling party wanted no contact. At 8:47 p.m., officers who responded to the call gave the owner a warning and advised the dispatcher that the owner was advised of the SAMC regarding loud music and the owner would comply. At 9:10 p.m., a second call was received regarding the loud music and the officers arrived at 9:17 p.m.

The first officer that arrived heard the music “thumping” upon entering the mobile home park and indicates that he could hear the music from more the 200 feet. The officer contactedthe owner of the mobile home, Jose Zarate, and requested to speak to him away from the large crowd of approximately 50 people. Zarate did so reluctantly but was agitated and angry. Once out by the officer’s vehicle, the officer attempted to search Zarate for weapons due to his baggy jacket and pants. Zarate pulled away from the officer and a struggle ensued. During the struggle, Zarate yelled out for help from the partygoers. During the struggle, Maurilia (Zarate’s mother) grabbed the officer around the waist in an attempt to pull the officer away while three other partygoers began pulling Zarate away from the officer. With the help of another officer, the handling officer was able to overcome the resistance, handcuff Zarate and get him into the patrol car. However, the officers were then surrounded by approximately 50 angry partygoers. The officers stood back to back with their batons out as the partygoers pushed them around, pulled at their uniforms and attempted to open the door of the patrol car. The officers protected themselves by holding their batons up and pushing back as the partygoers assaulted them.

As back-up officers arrived, attempts were made to identify the partygoers who assaulted the officers in an attempt to free Zarate. During the arrest of the individuals that were involved, another subject threw a full can of beer at an officer narrowly missing his head and exploding on another mobile home. During the incident a total of 37 officers responded along with the helicopter. No officers were injured during this incident. A total of 8 subjects were taken into custody for a variety of charges related to assault, lynching and rioting. Four of the suspects were booked into Santa Ana Jail, one was cited and released (Zarate’s mother) and three were released after being interviewed.

Three of the arrestees sustained the following injuries:

A video was posted on the internet (YouTube) and it shows officers tossing some chairs, a table and a stroller off to the side. An additional video with a better view was obtained from a witness at the scene and booked into evidence. The sergeant at the scene indicated that the chairs, tables and stroller were tossed to the side in order to clear a path for the officers who were struggling with arrestees who were resisting and to keep them from being used as weapons against the officers. Per departmental policy the sergeant is completing an administrative report related to the arrestees that were injured during the arrests.