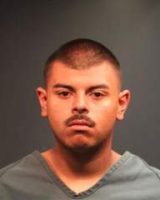 Santa Ana Police arrest four gang members suspected of committing a series of street robberies and carjackings. The robbery series started on 8-2-2017 continued until 8-9-2017 and encompassed various neighborhoods throughout the city.

The three juveniles arrested in this case are documented or self-admitted gang members. Suspect Gomez the adult male arrested is also a gang associate. All four of these suspects were identified as being involved in one or more of these incidents.

All four of the suspects were arrested on 8/17 and 8/18 and are facing numerous counts of the following: PC 211-Robbery, PC 215-Carjacking and gang allegations/enhancements.