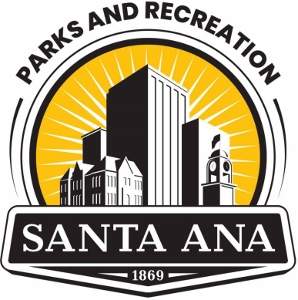 SANTA ANA, Calif. – Santa Ana residents will be getting a new park at the corner of Raitt and Myrtle streets and new restrooms at three existing park locations.

The Santa Ana City Council recently approved funding and construction contracts to begin the projects, which are being funded in part by the City’s recreational cannabis tax revenue and the Revive Santa Ana pandemic recovery initiative.

“The Santa Ana City Council believes creating new parks and improving our existing ones should be a top priority for our community’s health and well-being,” Mayor Vicente Sarmiento said. “Our densely populated and heavily developed city offers too little green space for our residents, but we will change that for this and future generations of Santaneros.”

The new, 1.18-acre park will be built on two City-owned parcels at the northeast corner of Raitt and Myrtle streets. It will feature a skate park, play equipment, exercise area, drought-tolerant landscaping, drinking water fountains, lighting, a public restroom, and other amenities.

On Sept. 21, the City Council awarded a $2.7 million contract to EM Construction to build the new park, with a total estimated cost of $3.4 million. Funding for the project comes from the City’s cannabis public benefit funds and State park and water management grants.

The park is expected to be completed in 2023.

New restrooms will be built at Campesino Park, 3311 W. 5th St.; Memorial Park, 2102 S. Flower St.; and Madison Park, 1528 S. Standard. The City identified these three park restrooms because they are targets for vandalism and require major efforts to maintain due to their age and condition. This improvement project includes demolishing the existing restroom buildings, installing new pre-fabricated restroom buildings, and site improvements to provide an accessible path of travel to these facilities.

On Oct. 19, the City Council awarded a $1.4 million construction contract to Santa Ana-based iBuild Spectrum, Inc. to complete the project, which has a total cost of $1.7 million. Funding for the work comes from Community Development Block Grants and the federal American Rescue Plan Act through Revive Santa Ana.

The restrooms are expected to be completed in summer 2022.