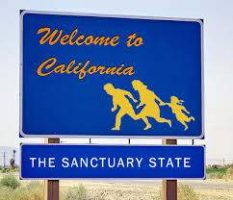 The most notable changes, which will be implemented starting today, Dec. 27, are expected in the department’s 287(g) program. They will be as follows:

On Oct. 5, Governor Brown signed SB 54 into law, which places limits on local law enforcement communication with federal immigration authorities. Sheriff Hutchens strongly opposed the legislation, but now has the legal obligation to abide by the provisions of the law.

The Orange County Sheriff’s Department (OCSD) will be most impacted in its participation in the U.S. Department of Homeland Security’s 287(g) program. The purpose of this program is to provide local law enforcement with the proactive ability to identify undocumented serious offenders, place immigration holds on such offenders, and notify Immigration and Customs Enforcement (ICE) of the pending release of any of these individuals. Provisions of SB 54 prohibit the use of local law enforcement money or personnel to investigate, detain, detect or arrest persons for immigration enforcement purposes. As a result, the Sheriff has had to cancel OCSD’s participation in 287(g).

SB 54 provides sheriffs with the discretion to respond to an ICE request to be notified of the release of undocumented offenders who have committed serious and violent offenses (i.e. crimes authorized for communication under the TRUST act). Sheriff Hutchens has made the decision to exercise this discretion and, to that end, will adhere to the new procedures above to ensure ICE has the opportunity to take into custody such undocumented individuals upon their release from the County’s jail system.