The O.C. Sheriff arrested a man who opened fire at an O.C. church this afternoon 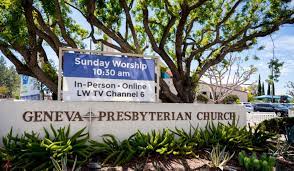 At 1:26 p.m. on Sunday, May 15, 2022, deputies responded to reports of a man with a gun at Geneva Presbyterian Church in the 24000 block of El Toro Road. When deputies arrived, they found the congregants had detained the suspect by tackling him then tying his legs with extension cords.

Deputies located one deceased individual and five others who were injured. They immediately began lifesaving measures until paramedics with the Orange County Fire Authority arrived to provide advanced critical care. Five individuals were taken to local hospitals where they are being treated.

The identity of the decedent will be released pending official identification by the Coroner and notification next of kin.

The suspect, David Wenwei Chou, a 68-year-old Las Vegas resident, was taken into custody and two firearms were recovered at the scene. The man is not believed to live in the area and investigators are working to determine his city of residence and whether he has any connections to the church or its congregants. The identity of the suspect will be released after he is booked into the Orange County Jail.

The investigation remains ongoing. The Orange County Fire Authority, the Federal Bureau of Investigations (FBI), and the Bureau of Alcohol, Tobacco, Firearms and Explosives are assisting in the incident.