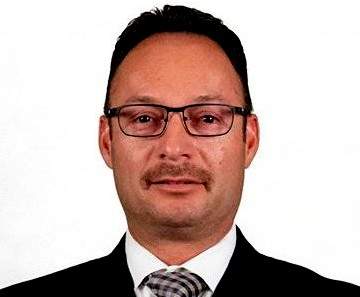 Gerry Serrano, the President of the Santa Ana Police Officers Association, was recently reelected to that post but his victory is Pyrrhic at best as the City of Santa Ana finally struck back at the litigious union boss.

A divided Santa Ana City Council took Serrano’s full-time paid union boss job away and will now force him to spend half his time doing actual police work. This is ironic as Serrano’s many lawsuits against the City of Santa Ana stemmed from his full time paid union boss job. It turned out that getting paid to not do police work backfired on Serrano as it impacted his pension. He has spent years trying to force the City of Santa Ana to backfill his pension and make up for his mistake in taking that job in the first place, to no avail.

The City Council, in a 4-3 vote, also unilaterally imposed a one-year contract with a 3% pay raise on the police officers and eliminated the city’s retiree health contribution to the Santa Ana Police Officers Association.

The City of Santa Ana had previously filed a complaint with the Public Employment Relations Board accusing the union of bad-faith bargaining. That complaint has not yet been resolved.

Serrano claims that his union rejected the City’s pay offer 12 times because it began with zero (0%) salary increases and elimination of the president work assignment. The union’s most recent offer was going to cost as much as $14.5M.

Serrano was seething after the City Council struck back at him writing to his members that they were cutting his pay by 30% by actually insisting that he do real police work instead of getting paid by taxpayers to be a union boss. Serrano also noted that his union membership reimburses the city for his full salary and benefits. He also says that the city has received millions of dollars over the years by the union members reimbursing the city for the president’s salary. This has been in place for over 30 years.

The union police officers who reelected Serrano will surely come to regret doing so. His personal war against the City of Santa Ana is a greedy miscalculation and nothing good has come from it. He has, in his tenure as the President of the Santa Ana Police Officers Association, managed to elect a City Council full of members who dislike the police, after spending millions on local elections. Serrano has failed as a union boss and now he will at least have to do real police work in the New Year.