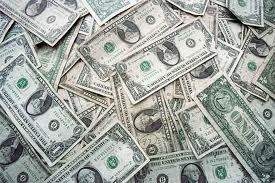 Currently the Santa Ana City Council, which is a part-time Council, earns a monthly salary of $125 a month, but they pad this income with benefits, a car allowance and additional stipends that can be up to $1,000 a month, when they serve on various commissions such as the O.C. Sanitation District, the O.C. Fire Authority and the OCTA.  The Mayor earns a monthly salary of $75.

In essence our Santa Ana City Council wants to raise their monthly salary from $125 to $1,000 – and they want us to vote for this in November.

So how is the City Council going to fool us into voting for this monstrosity?  They are packing a few other concepts into the ballot measure, including:

Not only is this City Council trying to boost their salary – they want us to vote to allow them to ask anyone with business before the city for campaign contributions.  Now think about that for a moment.  Isn’t this a form of legalized blackmail?  If you want the City Council to grant you a license or permit you better be prepared to write campaign checks to the Council Members or you can kiss that license or permit goodbye!

Folks this is legalized corruption wrapped in a bogus Code of Ethics. Click here to read the staff report about this proposed ballot measure.

What is driving all of this?  It comes down to this – we have several Council Members who don’t have real jobs.  They need a raise because they don’t earn a real income and they need to squeeze more people for campaign contributions for the same reasons.

Serving on our City Council is an honor that should be considered first and foremost a public service.  If you cannot afford to serve on the Council then don’t run for the Council.

Voters should reject this ridiculous ballot measure and should furthermore vote against all of the incumbents who are up for re-election this November, including Council Members Sal Tinajero, Michele Martinez, and David Benavides.  They should also reject mayoral challenger Roman Reyna, who also serves on the Council and who also has had issues keeping a real job.

I believe that State Senator Lou Correa is running for Mayor and if this proves to be true then we should vote for him instead of Reyna or our incumbent, Miguel Pulido.

10 thoughts on “The City Council wants you to give them a gigantic raise!”