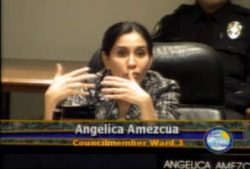 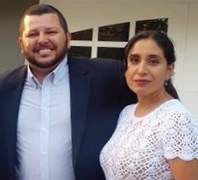 I guess Angie missed politics because she and her husband, Robert Oliver, joined ten other individuals, including the bitter loser De Leon, in signing a Notice of Intention to Circulate a Petition, on March 14, 2017. The group of 12 wanted to gather signatures for a campaign to recall Santa Ana Mayor Miguel Pulido, who easily beat a socialist candidate in November, Benjamin Vazquez. 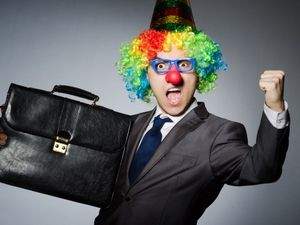 You would think that Oliver, who is an attorney, would have bothered to read the Santa Ana ordinance regarding such petitions and campaigns. But I guess he didn’t as the campaign to recall Pulido was canceled today, ironically on the day we recognize as the Ides of March, by Santa Ana City Clerk Maria Huizar. She noted in a letter to the anti-Pulido rabble that 20 signatures were required on the Notice of Intention but they only submitted 12. Oops!

The other signatories included:

Ironically while these folks could not count to 20 they were able to distribute an entire press release when they announced their anti-Pulido campaign, which included these excerpts:

We are a grassroots movement comprised purely of volunteers united by our conviction that the corrupt Mayor must be removed from office, and that a recall is the best vehicle to accomplish that goal.  To that end, today we are filing a Notice of Intention to Circulate a Recall Petition against Mayor Pulido with the City Clerk.

To get to a recall special election, we must qualify our petition by obtaining a sufficient amount of signatures of Santa Ana registered voters.  There are 103,916 registered voters in the City.  We need to collect a minimum of 10% of that total—10,392. Our goal is to collect 15,000 signatures, both to serve as a cushion against any signatures that are disqualified, and as a message to send to our Mayor that the community will no longer tolerate his corrupt actions that are having an adverse effect on our community.

This sad bunch could not get 20 nominating signatures but they were going to collect 15,000 voter signatures? LOL. Perhaps it is best that this sad effort died on the launching pad.

Why were these people trying to recall Mayor Pulido? Call it sour grapes. Amezcua could have run for reelection but she quit our City Council. And De Leon had a chance to win in November but he ran a lame campaign and lost. They are by the way accusing Pulido of all sorts of malfeasance but what it boils down to is that their pal Councilman David Benavides is made because Pulido and the new City Council majority overturned a grant to Kidworks, which employs Benavides. That’s right. This is all about Benavides grousing after losing some money that quite frankly should never have been sent his way.

Benavides by the way is on his last term. I hear that Santa Ana Planning Commissioner Phil Bacerra will be running for Benavides’ seat. And former Councilman Roman Reyna, a high school dropout who was caught hanging out with members of the Mexican Mafia when he lost to Pulido a few years ago will allegedly be running for the Council seat currently held by Mayor Pro Tem Michele Martinez. These rats may have failed to recall Pulido but they will be back in two years and my prediction is the voters will not support any of them.

Benavides and Amezcua were part of the City Council’s majority for about four years. In that time they allowed gangbangers to run amok in our city. The last thing we need to do is return these payasos to our City Council! No thanks.