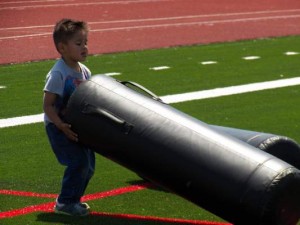 You have to wonder if any amount of contact football is appropriate for our kids.  This report has been published at the same time that yet another new youth football league is starting up in Santa Ana – the Sun Devils.  They accept kids as young as 5 years of age into their league. Santa Ana also has a Pop Warner league called the Monarchs.  Both leagues offer flag football too. END_OF_DOCUMENT_TOKEN_TO_BE_REPLACED