The FPPC has issued 11 subpoenas to donors who made contributions to the political committee Friends of Supervisor Janet Nguyen between 2011 and 2012, as part of an investigation involving political contributions made in the name of persons other than the true contributor, according to court records, according to the Voice of OC. END_OF_DOCUMENT_TOKEN_TO_BE_REPLACED

SB 52, the California DISCLOSE Act, would change the Big Money game and fight back against unlimited hidden spending on campaigns by letting voters know who REALLY is paying for political ads — on the ads themselves. END_OF_DOCUMENT_TOKEN_TO_BE_REPLACED

This is not the first time that Supervisor Nguyen has reaped the benefits of her votes.  When she cast the decisive vote against letter grade health ratings for our restaurants – a common practice in every other Southern California county around ours, she ended up collecting over $20K in donations from restaurant owners who had poor restaurant health records – many of them had received multiple major health violations. END_OF_DOCUMENT_TOKEN_TO_BE_REPLACED 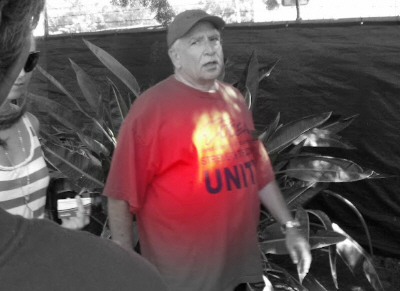 When the Voice of OC started reporting on Orange County politics we all hoped they were serious about their mission.  However they were funded by the Orange County Employees Association, a union, and now it is more obvious than ever that they are less about reporting objectively and more about doing what their union masters bid them to do. Case in point – their latest attack by Voice of OC reporter Adam Elmahrek on Santa Ana Council Member Michele Martinez, the leading Hispanic candidate for the 69th Assembly District.  Elmahrek reported that “The Santa Ana City Council is scheduled to vote May 7 on striking down one of the strictest campaign finance laws in Orange County, apparently to help Councilwoman Michele Martinez in her race for the state Assembly.”  How is that reporting?  The last part of that sentence is clearly his opinion, masquerading as journalism! END_OF_DOCUMENT_TOKEN_TO_BE_REPLACED 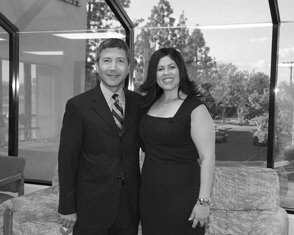 Council Members Sarmiento and Martinez, the progressive heart of the S.A. City Council

Another blog in town ripped Councilwoman Michele Martinez, alleging that she is trying to use the Santa Ana City Clerk as her Campaign Treasurer.

I spoke to Martinez and she verified that she does indeed have a terrific treasurer, David Gould, of Los Angeles.  He works for some of the biggest names in politics.

What she was trying to say, in her campaign email this week, was that if folks had questions about how much they can legally contribute, they should call the City Clerk’s office.  Well, that is true.  The Santa Ana City Clerk oversees campaign finance laws, with regard to local races.

Specifically Martinez was concerned about those who donate to her but may have business with the city.  In that case, these individuals have to limit their contributions to $249, as I understand it.

This doesn’t mean that Martinez is using city resources to advance her campaign.  It means she is concerned about making sure her constituents don’t get in trouble when they make donations to her.  Sure, they could call Gould, but why not call the City Clerk?  I know that the friendly people at City Hall would not mind fielding these or other questions.

The blogger who attacked Martinez is a Latino and a former City Commissioner here in Santa Ana.  He, like Martinez, is also a Democrat.  Why a fellow Latino would come after her, I just don’t know.

Martinez has, over the past two years, become the progressive heart of the Santa Ana City Council.  She, along with fellow progressives Sal Tinajero and Vince Sarmiento, has pulled Mayor Miguel Pulido to the left, to everyone’s benefit.  Why would anyone want to heap scorn on her?  I just don’t get it.

We finally have an all-Latino City Council and they are doing good work, for the most part, on our behalf.  In particular, I am proud of everything Martinez has accomplished on the City Council.  She is a shining example to our young people of what you can accomplish with hard work and dedication to our community.

Martinez does not, as of now, face any challengers in her reelection bid.