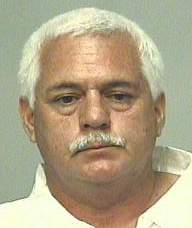 FULLERTON – A 57-year-old man was convicted today of engaging in illegal sexual conduct with a 14-year-old boy he met on Craigslist. Mark Aime Brosseau, Stanton, was found guilty by a jury of one felony count each of lewd acts upon a child, contacting a child with the intent to commit lewd acts, and meeting a child with the intent to engage in lewd conduct. He faces a maximum sentence of five years and four months in state prison and mandatory lifetime sex offender registration at his sentencing Jan. 24, 2014, at 9:00 a.m. in Department N-13, North Justice Center, Fullerton.

Brosseau’s mandatory lifetime sex offender registration will bar him from entering County recreational areas and City parks which have passed the Sex Offender Ordinance. Visit www.orangecountyda.com to read the prior press releases on the County’s Sex Offender Ordinance as well as the 14 other cities that have enacted the Child Safety Zone Ordinance.

« O.C. DUI Task Force will crack down on drunk drivers this Halloween
SAPD officer cleared for shooting an alleged gang member on Dec. 10, 2010 »