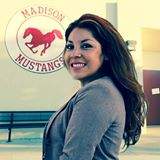 Food will be provided by El Governador Restaurant.

Voter registration forms and assistance will be available.

Mendoza works for U.S. Rep. Loretta Sanchez and she is a Santa Ana Planning Commissioner. She is a SAUSD graduate and she has a degree from UCLA. She is raising her children in Santa Ana as well.

Mendoza has been endorsed by:

Learn more about Mendoza at this link.