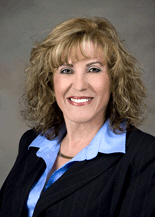 SAUSD School Board candidate Cecilia Aguinaga has been endorsed by the Santa Ana Police Officers Association.

The letter from SAPOA President John Franks stated “Your proven record promoting a strong foundation through education has led us to endorse your campaign.”

One of Aguinaga’s sons is a retired police officer.  Aguinaga serves as Santa Ana’s representative on the Orange County Vector Control District’s Board of Trustees, by appointment. 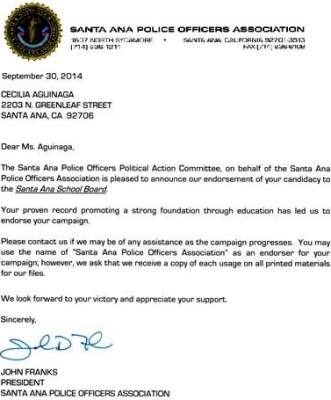 Click here to read the rest of her bio.