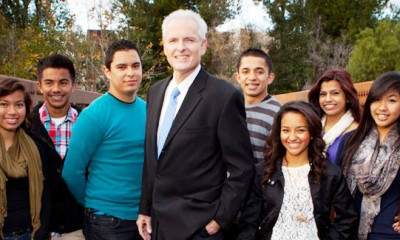 “Jose Solorio did an excellent job representing central Orange County in the State Capitol for the six years he served in the State Assembly,” said Daly. “While in Sacramento, Jose Solorio fiercely defended Prop. 13 and its protections for local homeowners. He also worked tirelessly to improve our schools, fight gang violence, create jobs, and improve our state’s infrastructure.”

“Jose Solorio had an excellent reputation in the State Legislature,” continued Daly. ‘He demonstrated a strong work ethic and integrity. Orange County needs Jose Solorio in the State Senate. I look forward to working with him.”

“I am proud that our State Assemblyman has chosen to put his faith in me to represent our community in Sacramento once again,” said Solorio. “I firmly believe the two of us make a great team to represent the residents and business community of central Orange County.”