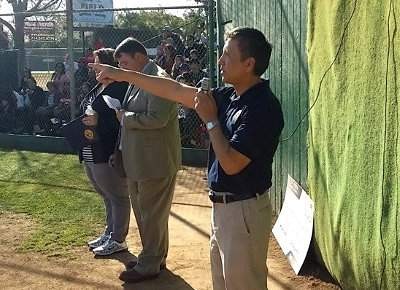 The ceremony included a CHP officer and the Santa Ana High School ROTC Honor Guard as well as a SAHS choir singer who performed the National Anthem. 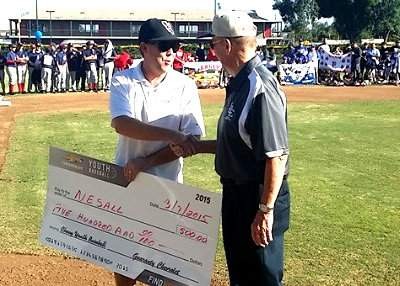 Bruce Hamlin, the owner of Santa Ana’s Guaranty Chevrolet, showed up as well, with his son, to present NESALL with a $500 donation.  He has always been a big supporter of NESALL.  In fact Guaranty Chevrolet will donate an additional $25 to NESALL every time a Santa Ana resident test drives a new Chevy and mentions NESALL. 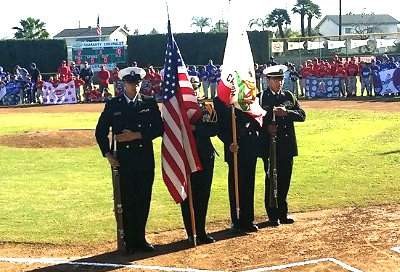 The event was very well attended and the crowd enjoyed freshly made chicken tacos courtesy of another NESALL sponsor, El Pollo Norteno. 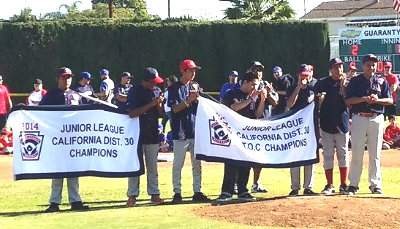 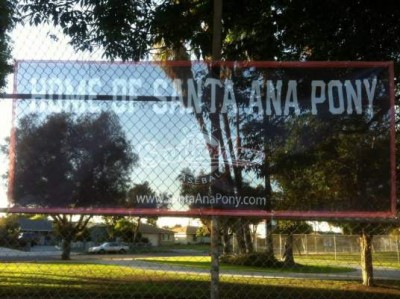