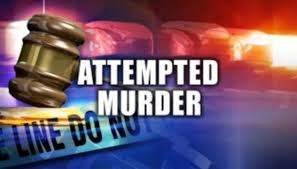 Brianna Stella Martinez, a 22-year-old woman, is facing charges of trying to kill her 4-month-old daughter in Santa Ana, according to the SAPD.

A neighbor saw Martinez and a man having an argument and overheard Martinez threaten to drown her baby. Martinez then dropped the girl on the ground from a height of about four feet at 9:30 p.m. on Saturday.

The neighbor then called the SAPD after running over to see if the baby was injured.

The baby treated at Children’s Hospital of Orange County for a cut to the chin and bruising to the insides of her arms and left side of her head and ears.

Martinez was charged Tuesday with felony charges including attempted murder and child abuse and endangerment. She did not enter a plea on Tuesday in the jail courtroom in Santa Ana and is scheduled to be arraigned on Dec. 2.