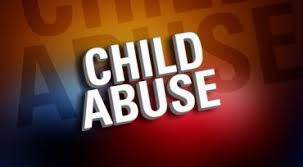 SANTA ANA, Calif. – The father of a 2-year-old child who was stabbed and beaten has been charged with felony attempted murder and torture charges. The child’s mother is also facing a felony torture charge involving the toddler. The child is expected to survive.

He faces a maximum sentence of 25 years to life plus 17 years and six months in state prison if convicted on all counts.

Ana Billalba, 27, of Santa Ana, has been charged with one felony count of torture and one felony enhancement of causing great bodily injury to a child under the age of five. She faces a maximum sentence of 25 years to life plus five years in state prison if convicted on all counts.

Beltran and Billalba are scheduled to be arraigned today in CJ1.

Beltran and Billalba were arrested Sunday after a relative saw the toddler’s stab wound and other injuries and called police. Three other children were removed from the couple’s home and placed with Social Services.

“A two-year-old child should not have to suffer the horrors of being beaten and stabbed – especially by the very people who are supposed to do everything they can to keep her safe,” said Orange County District Attorney Todd Spitzer. “The initial facts of this case are beyond disturbing and if the ongoing investigation reveals additional crimes have been committed that we can prove beyond a reasonable doubt, we will file additional charges. Children should be surrounded by love, not violence and it is our responsibility as a society to stand up and protect our children when their own parents have abdicated that responsibility.”