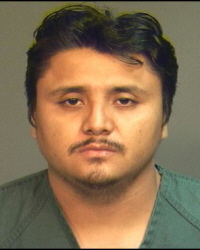 Case # 11CF1806: MAN CHARGED WITH BEATING-MURDER OF 18-MONTH-OLD TODDLER TO BE ARRAIGNED ON AMENDED COMPLAINT FOR 2009 CHILD ABUSE

SANTA ANA – A man previously charged with the beating-murder of his girlfriend’s sister’s 18-month-old daughter will be arraigned tomorrow on an amended complaint for abusing another child in a similar way in 2009. Juan Carlos Aguilar, 25, Santa Ana, is charged with one felony count of murder, one felony count of assault on child with force likely to produce great bodily injury resulting in death, and two felony counts of child abuse. If convicted, he faces a maximum sentence of 25 years to life in state prison. The defendant is being held on $1 million bail and is scheduled to be arraigned tomorrow, Friday, Aug. 5, 2011, at 10:30 a.m. in Department CJ-1, Central Jail, Santa Ana.

The defendant was charged with the murder by the Orange County District Attorney’s Office (OCDA) on July 12, 2011. As part of the OCDA’s ongoing investigation, it was determined that Aguilar was involved in another case in 2009.  The defendant is accused of abusing a 3-month-old female relative by squeezing and fracturing her rib cage, similar to the assault of Rodriguez. The baby in this case survived her injuries.

2 thoughts on “Santa Ana man to be arraigned for abusing another infant, in 2009”