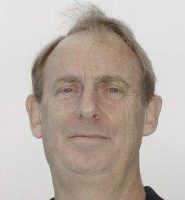 A Santa Ana, California man was sentenced today in Philadelphia, Pennsylvania for his role in processing unauthorized withdrawals of millions of dollars from consumer bank accounts, the Justice Department announced.

Neil Godfrey, 79, was sentenced to serve 15 months in prison, followed by one year of supervised release by Judge Eduardo Robreno in the Eastern District of Pennsylvania. Judge Robreno also ordered Godfrey to pay a $50,000 fine and entered a $100,000 forfeiture money judgment against the defendant. Godfrey pleaded guilty in July 2015 to a one-count Information charging him with wire fraud. The Information described how Godfrey, working as a payment processor, knowingly enabled fraudulent merchants to withdraw money from consumers’ bank accounts without the consumers’ knowledge or consent.

“Payment processors who knowingly facilitate consumer fraud commit a federal offense,” said Acting Assistant Attorney General Chad A. Readler of the Justice Department’s Civil Division. “We are committed to protecting consumers from unknown withdrawals from their bank accounts, and we will prosecute any individual who knowingly assist these fraud schemes.”

Godfrey used a Santa Ana processing company named Check Site Inc. to assist at least two fraudulent merchants. The merchants operated or worked with websites that purportedly offered subscriptions, clubs, sweepstakes or payday loans. But in many cases, the websites were a ruse to harvest consumers’ bank account information. Instead of providing consumers with payday loans or other services advertised, the merchants operating the websites used the bank information provided by the consumers to withdraw money from the consumers’ bank accounts. Using Check Site, Godfrey knowingly processed the merchants’ fraudulent withdrawals and provided the merchants with access to the banking system.

As part of the criminal case, Godfrey admitted to using payment devices called remotely created checks (RCCs) to facilitate fraud schemes. Once the fraudulent merchants had obtained consumer names and bank account information, the merchants created RCCs, which Check Site submitted through the banking system to the consumers’ banks. Unlike an ordinary check, an RCC is generally honored without the signature of the account holder. When the RCCs were processed, Check Site kept a fee and transferred the remainder of the withdrawals to the merchants.

According to charging documents, Godfrey used banks that were willing to facilitate these transactions and ignore the red flags raised by these transactions. The charges also alleged that Godfrey helped the fraudulent merchants stay off the radar of bank employees and regulators so that the fraud could continue. For example, Godfrey advised merchants how to change the names of their companies and set up the facade of a legitimate company to defeat banks’ attempts at due diligence.

In an email message quoted in the charging documents, Godfrey advised a fraudulent merchant that “the lesson we have learned is that we must trick the [bank] folk. It means you need to set up some type of website front. What we need to do is set up a legitimate website selling anything you can think of – that is what you get approved on. It is irrelevant if anything is ever sold there – just so it exists. . . . In the mean time we set up false credit card approval etcetera. It is this we use to run the transactions. Yes, there will be a lot of returns, but what we do is send through transactions over the next few weeks that don’t have high returns. They stop looking and then we can run the regular stuff. . . . [A]fter several months we junk that company and go to another company.”

Acting Assistant Attorney General Chad A. Readler thanked the Federal Trade Commission for providing Attorney Michelle Chua to serve as a Special Assistant U.S. Attorney on the case, and commended the FBI and the Federal Deposit Insurance Corporation Office of Inspector General for their thorough investigation. The case is being prosecuted by Assistant U.S. Attorney Patrick J. Murray of the Eastern District of Pennsylvania and Trial Attorney Kathleen Konopka of the Civil Division’s Consumer Protection Branch.