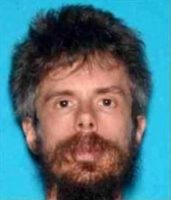 Subject : MAN SENTENCED TO 15 YEARS TO LIFE IN PRISON FOR KILLING INNOCENT PEDESTRIAN AFTER CRASHING INTO HIM AND LEADING SAPD OFFICERS

SANTA ANA, Calif. – A man was sentenced to 15 years to life in state prison today for killing an innocent pedestrian after crashing into him at the conclusion of a high speed chase with officers from the Santa Ana Police Department (SAPD). Victor Manuel Sanchez, 24, Santa Ana, pleaded guilty May 17, 2016, to one felony count of murder and one felony count of evading a peace officer while driving recklessly causing serious bodily injury and death with a sentencing enhancement for great bodily injury.

On May 30, 2013, Sanchez was driving a white Dodge Charger in a known criminal street gang area in Santa Ana with two associates. SAPD officers were patrolling the area in a marked police vehicle at the time.

After Sanchez saw the SAPD vehicle, one of the associates yelled out to the officers before the defendant accelerated away from the officers at a high rate of speed. The defendant then led SAPD officers on a nine mile high speed chase, running through multiple red lights and stop signs without yielding to oncoming traffic, driving on a sidewalk and nearly hitting a pedestrian. During the course of the pursuit, SAPD officers observed Sanchez and the associates throwing small plastic bags, papers, and other objects out of the vehicle.

The defendant was driving at approximately 98 mph when he entered the intersection of Flower Street and Macarthur Blvd. At the time, 33-year-old Andrew Reisse, a co-founder and computer graphics engineer for the gaming company Oculus Rift, was standing on the sidewalk near the intersection. The defendant collided with the rear end of a flatbed truck that was travelling legally eastbound through the intersection and crashed into Reisse. The victim died at the scene.

At Sanchez’s sentencing today, the victim’s parents and a friend, delivered emotional impact statements to the Court pursuant to Marsy’s law. The victim’s mother stated in part, “The loss of our son Andrew has been devastating. There is an emptiness in our lives that never can be filled. We have lost a caring, generous, and responsible son who shared family times and trips with us, who called often, who was always ready to help if we needed it, and would have looked out for us in our old age. I lost a wonderful traveling companion who gave me a greater appreciation for the enjoyment and beauty of the natural world he loved to explore. His brother and niece and nephew have lost a loving relative who enjoyed spending time with them, taking trips with them, and was always ready to help. His friends and colleagues have lost a brilliant, kind, dedicated, loyal, productive, and responsible person who encouraged and mentored everyone around him.”

The victim’s father stated in part, “It leaves a hole in our lives that will never be filled. It will be with us for the rest of our lives. Andrew had promised to take care of his mother if anything had happened to me, and I am sure that he would have done the same for me. He was that type of person.”