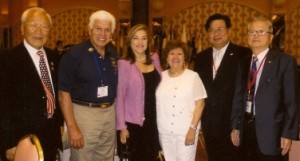 “I extend my sincere congratulations to Pyeongchang and the country of Korea for being selected to host the 2018 Winter Olympic Games,” said Sanchez. “South Korea has time and time again demonstrated how dynamic they truly are through a growing economy and growing influence in the international community. In 1988, South Korea successfully hosted the Summer Olympics showcasing its extraordinary country and culture to the rest of the world. The 2018 Winter Olympics will again be an opportunity for South Korea to demonstrate their dynamic land, culture and people. This is truly a time for celebration. I have the fortunate privilege of representing a remarkable Korean community in Congress, and I know how proud and thrilled the Orange County Korean community is of this news today. Though an enormous undertaking, it is one that I know South Korea is capable of executing flawlessly.”