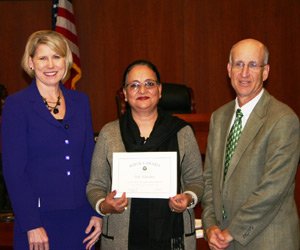 Refowitz has served as HCA’s Interim Director since February 7, 2012. “Mark has done an excellent job as Interim Director and has demonstrated he has the skills and abilities necessary to provide strong leadership for this vital County department,” said Mauk.

Refowitz was previously HCA’s Deputy Agency Director for Behavioral Health Services, where he was responsible for mental health services for adults, youth and children as well as alcohol and drug abuse services. During his tenure in that position, Refowitz directed the implementation of the local Mental Health Services Act program with an annual budget of approximately $100 million.

Prior to joining the County of Orange in 2004, Refowitz served as Director of Mental Health Services for the County of San Diego Health and Human Services Agency. During his professional career, he has also served as Assistant Commissioner for Managed Care for the Massachusetts Department of Mental Health as well as in management positions with several other health organizations.

Refowitz has a Master’s Degree in Social Work from the University of Connecticut and is a former President of the California Mental Health Directors Association governing board.