The recall effort was launched against Kelly in reaction to his April ruling in the Kevin Jonas Rojano-Nieto case, in which Rojano-Nieto was convicted of sexual assault of a 3-year-old relative. Despite state law imposing a mandatory minimum sentence of 25 years, Kelly slashed the sentence down by 60% to 10 years, according to OC Political. 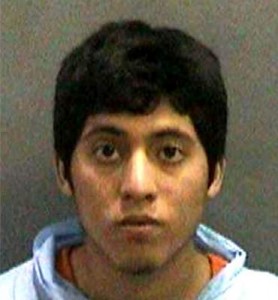 Orange County Superior Court Judge M. Marc Kelly had the opportunity to give a 25-year-to-life sentence to Kevin Jonas Rojano-Nieto, 20, who was convicted by a jury on December 3, 2014, of sodomizing a 3-year-old girl.  But Judge Kelly decided instead to sentence Rojano-Nieto to 10 years in prison.

Here are a few excerpts from Judge Kelly’s Sentencing Transcript:

“…this does not compare to a situation where a pedophilic child predator preys on an innocent child.”

“There was no violence or callous disregard for [the victim’s] well-being.”

“Mr. Roiano did not seek out or stalk [the victim]. He was playing video games and she wandered into the garage. He inexplicably became sexually aroused but did not appear to consciously intend to harm [the victim] when he sexually assaulted her.”

Kelly sentenced a retired CHP Lieutenant to probation after the bad cop was nabbed in a child molestor sting, according to the OC Weekly.

Kelly is expected to face a significant challenge to his next re-election campaign in 2018.