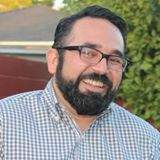 Now Pulido, who his detractors at times refer to as “Papi” (Spanish for father) is facing perhaps his most interesting challenger yet – local teacher Benjamin Vazquez, who apparently likes to be referred to as “Don” (a Spanish honorific that is usually reserved for royalty, select nobles, and church hierarchs, it is also often used as a mark of esteem for a person of personal, social or official distinction, such as a community leader of long standing, a person of significant wealth, or a noble, according to Wikipedia). Can Don Vazquez beat Papi Pulido?

Ironically Pulido’s claim to fame is the widespread us of redevelopment dollars to attract new businesses and ventures to the City of Santa Ana while also giving massive support to existing institutions, such as the Bowers Museum.  I say ironically because eminent domain was often used in California by advocates of redevelopment to seized and destroy homes and businesses that were in the way of progress.

Pulido’s critics don’t like the fact that he is a moderate. Both he and Vazquez are Democrats but Pulido is generally pro-business and more fiscally conservative than Vazquez, who appears to hail from the Bernie Sanders wing of the Democratic Party.

We don’t know much about Vazquez’ views yet, but here is what we do know:

I would imagine that Vazquez reads the local news and as such he should be aware that crime has exploded out of control in Santa Ana over the past two years. Our police department is currently suffering from the lowest staffing levels in the modern history of our city. Morale is very poor as the SAPD Police Chief, Carlos Rojas, is inexperienced and he tends to blame his troops instead of taking accountability for his own shortcomings.

Does it make sense to elect Vazquez if he is going to continue to reduce the staffing levels at our already overwhelmed police department?

Vazquez also wants to expand the city’s library system, but does that make sense in today’s online world? Particularly when our main library has been overrun by homeless people and is closed on Sundays – when our young people need to do research for their school homework.

There are already a lot of youth summer programs in our city, both those sponsored by the city and many that are hosted by local churches and non-profits. Is that really the problem in our city? Or is it the gang culture, which has been passed on from generation to generation. Or the proliferation of single parent homes? Or the high number of SAUSD dropouts? Not to mention the gangs, who entice our young people with the ability to make a lot of cash by selling drugs.

The reality is that some people in Santa Ana like being in gangs. Fortunately they are in the minority – but they wreak a lot of havoc in our city. Do we really need to elect more gang sympathizers? Is that really the solution?

This brings us to the subject of gang injunctions – which are court orders that are supposed to prevent gang members from hanging out with each other. Naturally the gang members hate the injunctions. But the community at large does not. Why should gang members be allowed to congregate and cause even more problems in our city? That makes no sense. Why coddle these criminals?

Note that Vazquez specifically mentions building more housing for people who cannot vote, ie. immigrants. My own parents were immigrants but they never asked for any government handouts. My dad worked his a** off as a janitor and I worked with him whenever I could. That is how we paid our bills. Is it really our responsibility as a society to build housing for the undocumented? How will Vazquez pay for this?

It strikes me that Vazquez is very liberal and he is in fact quite to the left of most of our voters. His proposals make no sense and are in fact unfunded mandates.

The City of Santa Ana is having trouble making ends meet for several reasons:

Vazquez will double down on pro-labor nonsense. He is already making noise about “living wages.” If elected he will most assuredly try to grow our bloated city government even more – creating more future public employee millionaires in the process.

Is Pulido perfect? Far from it. But voting for the likes of Vazquez will virtually guarantee that our city will go bankrupt sooner rather than later.

So can Don Vazquez beat Papi Pulido this November?

The reality is that Vazquez is going to find it very difficult to raise money. And it takes a lot of money to run a political campaign in Santa Ana. Most of the time that means doing a lot of mail to the voters. That is a very expensive proposition. Pulido can raise money – we know that as he has done it for years. While he has lost much of his cache over the past few years as the City Council majority has swiftly reduced his power by limiting his commission appointments and firing his allies, Pulido can still pick up the phone and call elected officials in D.C. and in Sacramento. No one else on the City Council can do that – although Michele Martinez has greatly increased her own profile since becoming the head of NALEO, the National Association of Latino Elected Officials.

In the end their success will likely come down to their respective name I.D. And that is something Pulido has in spades. Not so much Vazquez.

One thought on “Poll: Can Don Vazquez beat Papi Pulido this November?”