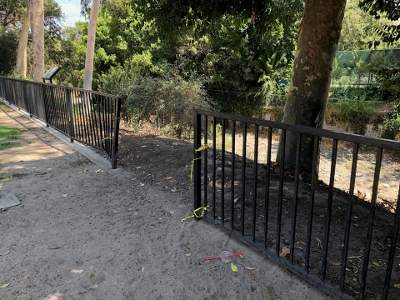 Supervisor Andrew Do, Chairman of the Orange County Board of Supervisors, worked with city leaders, county staff and law enforcement agencies on the fencing projects in Santa Ana, Garden Grove and Westminster after reports of criminal activity, including a series of fires set by a homeless arsonist.

“We have a right to feel safe in our homes and neighborhoods,” said Chairman Do. “This secure fencing will greatly reduce illegal access to the flood control channels and deter homeless encampments in residential neighborhoods.”

Twenty-four sites in Garden Grove, Santa Ana and Westminster have already been upgraded with more secure fencing at flood control access points. The county will improve more sites in the coming months, including near Fisher Park, a city-owned park where a homeless arsonist set a fire that quickly spread to a nearby home. 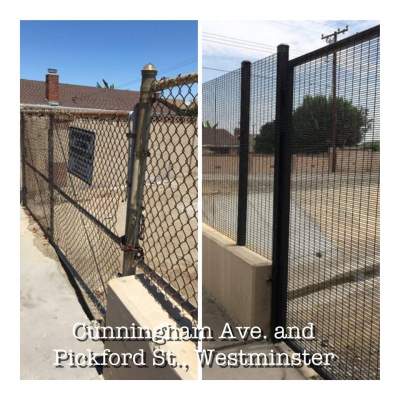 Westminster Fencing before and after

“I wanted to thank Chairman Do and the leadership he’s provided in protecting our communities,” stated District Attorney Tony Rackauckas. “The homeless are often targeted as victims and many of them commit crimes and cause problems in neighborhoods. The Orange County District Attorney’s Office have filed many cases involving the homeless population including a serious arson case.” 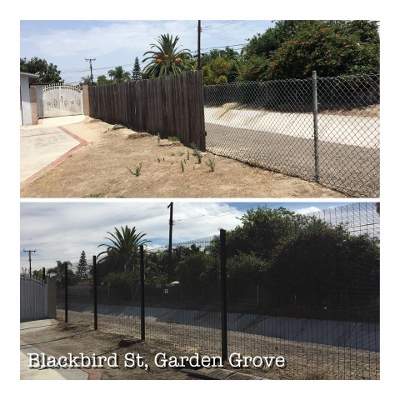 Property crime is on the rise throughout California, following new laws that weakened punishments for theft. According to a June report by the nonpartisan Public Policy Institute of California, Proposition 47 has contributed to a nearly double-digit increase in property crimes, such as car burglaries, shoplifting and other thefts.

“Sacramento continues to give a free pass to dangerous criminals,” said Supervisor Do. “Here in Orange County, we will continue to invest more resources in keeping our neighborhoods safe.”

Residents also report cases of homeless camps in the channels right up against homeowners’ backyard. Supervisor Do credits city leaders for working with the county on the fencing improvement project as a way to prevent future homeless encampments.

“I am grateful to Westminster, Garden Grove, and Santa Ana for working with the county on this project,” said Supervisor Do. “Together, we’re taking back our neighborhoods.”