O.C. piano teacher gets 100 years to life in prison for molesting his young students 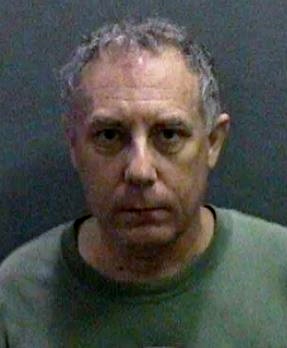 SANTA ANA, Calif. – An Orange County piano teacher who sexually assaulted his young students during their music lessons over nearly 20 years was sentenced today to 100 years to life. The south Orange County piano teacher was convicted in March of molesting eight girls and taking pornographic images of several victims, including a 10-year-old student whom he showed pornography and filmed her.

Scott was convicted of on March 14 of molesting eight young girls ranging in age from 7 to 15 years old while working as a piano teacher at Music Maker Piano Studio in Rancho Santa Margarita, Coast Band Music in Mission Viejo, and at his Lake Forest home.

Scott, who had been out on bail awaiting his trial, was immediately taken into custody following his conviction.

Beginning in 1996, Scott molested the girls during their music lessons, including grouping their breasts and instructing some of the girls to spread their legs rhythmically under the pretense that it was part of their music instruction.

He showed multiple victims pornography and photographed one of the underage girls in pornographic poses, including in lingerie. He also claimed to be a doctor while molesting one of his underaged students.

Law enforcement executed a search warrant on Scott’s home in 2014 after a 10-year-old student reported that he took inappropriate photos of her while she was taking lessons at his Lake Forest home. She also reported that he showed her pornography and filmed her.

The Orange County Child Exploitation Task Force led by Homeland Security Investigations uncovered pornographic photos of three of Scott’s students on his computer, as well as photoshopped images of two of the young girls that had been altered from innocuous images to graphic pornographic images of the girls. A large amount of child pornography and erotica were also discovered on Scott’s computer.

“Removing child predators from our communities will always remain a priority for Homeland Security Investigations (HSI) Los Angeles,” said acting Special Agent in Charge Eddy Wang. “Through the HSI-led Orange County Child Exploitation Task Force, our agents and analysts work tirelessly with partners from the Orange County Sheriff’s Department and the Orange County District Attorney’s Office to protect our most innocent and ensure that justice is served on those who seek to exploit them.”

“The trauma these young girls were forced to endure by someone they should have been able to trust is unforgiveable,” said Orange County District Attorney Todd Spitzer. “Pedophiles will not stop victimizing innocent children until they are removed from society. No child and no parent should have to suffer what these victims have suffered. The Orange County District Attorney’s Office, along with our local and federal law enforcement partners, will never stop working to protect our children from these monsters.”