O.C. man facing multiple felonies for raping and attempting to kidnap women he met on a dating site 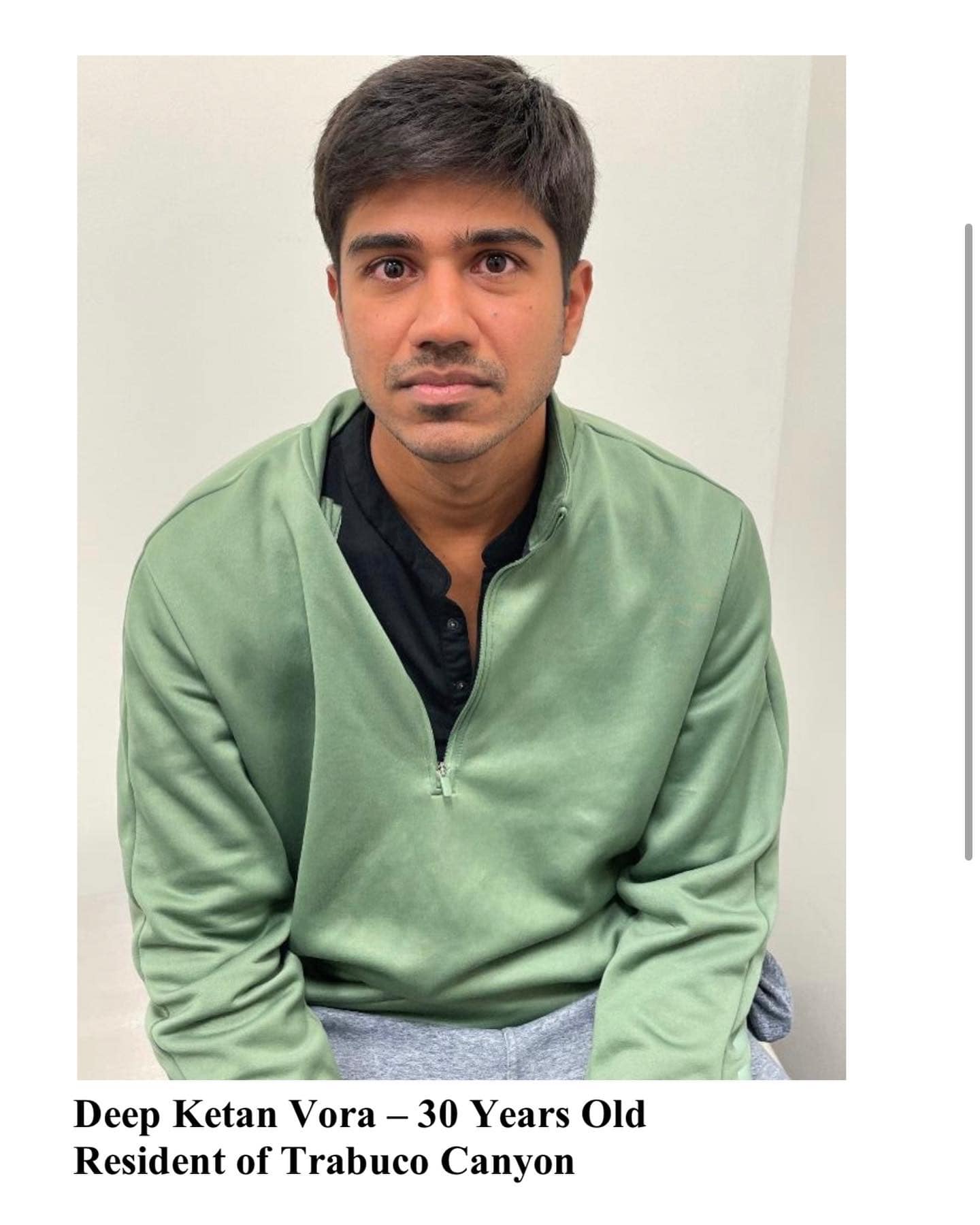 SANTA ANA, Calif. – A 30-year-old Trabuco Canyon man has been charged with multiple felonies in connection with a series of rapes and sexual assaults on women he met on a dating site where he used the moniker of “Jay.” The Tustin Police Department is asking for anyone with additional information about other potential victims to contact them.

Vora faces a maximum sentence of 137 years and four months to life if convicted on all counts. He was arrested on Sunday, November 6, 2022 by the Tustin Police Department at Los Angeles International Airport as he returned from India. Vora is currently being held at the Orange County Jail in lieu of $1,000,000 bail. Vora has pleaded not guilty and is next due in court on December 2, 2022.

Vora is accused of sexually assaulting three women he met on a dating site between September 2021 and September 2022. Many of the assaults occurred after Vora allegedly took the women to a Tustin pool and Jacuzzi in a complex where he does not live.

Anyone with additional information is asked to call Tustin Police Department Detective Charles Carter at (714) 573-3249 or ccarter@tustinca.org.

“I am proud of the tireless effort our patrol personnel and detectives put in to this case to apprehend this dangerous suspect,” said Chief Stu Greenberg of the Tustin Police Department.

“Sexual predators do not stop preying on victims until they are stopped,” said Orange County District Attorney Todd Spitzer. “Thankfully, the Tustin Police Department helped put a stop to this predator and likely prevented other women from being sexually assaulted.”