O.C. homeowner who shot and killed an intruder cleared by the OCDA 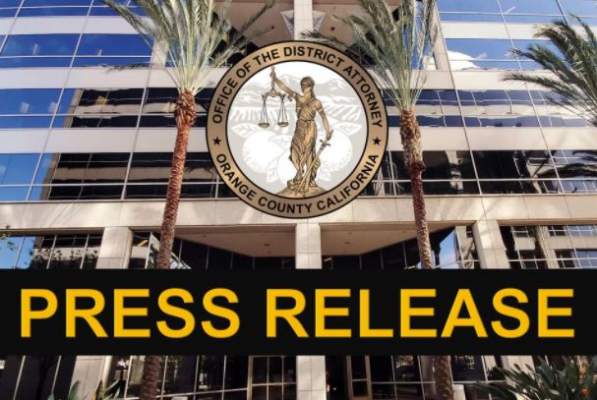 SANTA ANA, Calif. – Orange County District Attorney Todd Spitzer has cleared a Newport Beach homeowner of any criminal wrongdoing for shooting and killing an intruder who broke into his home in August.

At approximately 4:10 a.m. on Thursday, August 26, 2021, 23-year-old Henry Lehr (pictured above) left a residential detox center. Before he left, Lehr told staff at the detox center that he was hearing and seeing “demons.”

After leaving the center, Lehr broke into the backyard of a home a few doors down, near Indus Street and Redlands Drive. He then went to the front door of the home and repeatedly banged on the door and rang the doorbell, demanding to be let inside.

He then broke down the front door and started to walk up the stairs where the homeowner and his wife had been sleeping in their bedroom.

The homeowner fired his weapon once, hitting the intruder in the upper chest. The homeowner told his wife to call 911 and ask for police and medical aid. Lehr was pronounced dead.

The homeowner later told police that he shot the intruder in his home because he feared for his life and safety and that of his wife.

California Penal Section 198.5 states, in pertinent part, the following: “Any person using force intended or likely to cause death or great bodily injury within his or her residence shall be presumed to have held a reasonable fear of imminent peril of death or great bodily injury to self, family, or a member of the household when that force is used against another person, not a member of the family or household, who unlawfully and forcibly enters or has unlawfully and forcibly entered the residence and the person using the force knew or had reason to believe that an unlawful and forcible entry occurred.”

“A homeowner has the absolute right to protect themselves from someone who breaks into their home in the middle of the night and threatens their safety,” said Orange County District Attorney Todd Spitzer. “The loss of life is tragic in any situation and this situation is made even more tragic by the fact that an individual who went to a group home to get help with his addiction issues ended up on a deadly collision course with a homeowner who just sleeping in his own bed in his own house. I have fought against allowing group homes in residential neighborhoods my entire career, including as a member of the state Legislature, for this very reason. People at that group home knew that young man was struggling – yet no one went to check on him. People struggling with addiction issues need to have a safe environment where they can work toward sobriety and people living in residential neighborhoods should not have to live in fear of waking up to someone struggling with addiction breaking down their front door.”

2 thoughts on “O.C. homeowner who shot and killed an intruder cleared by the OCDA”