O.C. home invader shot and killed by an armed resident 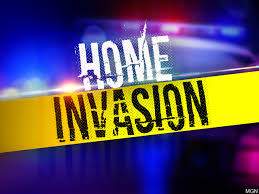 On Thursday, August 26, 2021 at approximately 4:13 a.m., the Newport Beach Police Department received a call regarding a male subject, who was reportedly suffering from mental health issues and/or possibly under the influence of drugs and alcohol, in the area of Indus Street and Redlands Drive.

While Newport Beach Police Officers were responding to the call, the male subject forcibly entered a nearby residence. The male subject was subsequently shot by an occupant of that residence and found deceased at the scene.

At this time, NBPD Detectives and Crime Scene Investigation personnel are conducting an active homicide investigation.

The identification of the deceased is still ongoing and will be released by the Orange County Sheriff-Coroner’s Office. The preliminary investigation indicates this was an isolated incident and there is no ongoing threat to public safety.