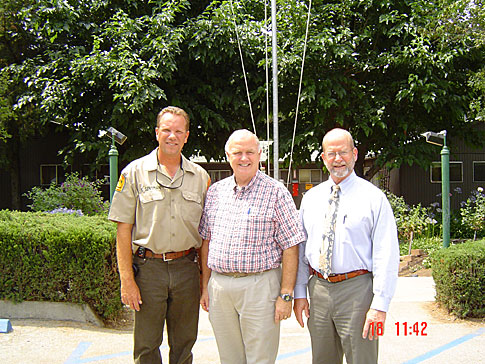 New Chief Probation Officer Appointed by Board of Supervisors

Sentman currently serves as the Chief Deputy Probation Officer for the Field Operations Bureau. In his new position he will replace Colleene Preciado, who is retiring in April after 35 years with the County of Orange. The Chief Probation Officer is appointed by the Board of Supervisors with the concurrence of the Presiding Judge of the Superior Court.

Previous positions Sentman has held with the Orange County Probation Department include Director of Juvenile Hall and Director of the Los Piños Conservation Camp. He has worked in adult and juvenile supervision, the gang violence suppression unit and the special enforcement unit. Sentman was selected following a nationwide recruitment effort that produced qualified candidates from California, Arizona, Florida, Minnesota and North Carolina.