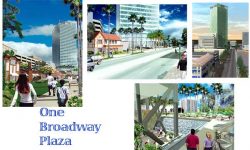 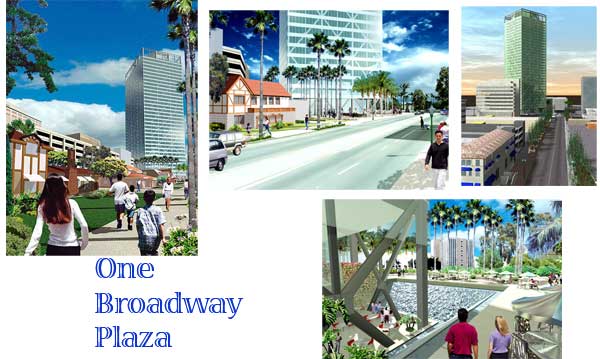 Recently, Vince Fregoso, of the Santa Ana Planning Department, sent out this message to residents, via email:

The purpose of this email is to provide you with a courtesy notice that Caribou Industries, developer of the One Broadway Plaza office tower, is proposing to amend the development agreement (Development Agreement No. 2004-1) that was approved for the project.  The proposed amendments include removing the 50 percent pre-leasing requirement, allowing the project to request and accept Redevelopment Agency assistance, adjust the timing of the funding for the neighborhood traffic studies, allow additional time to refill any excavated area, and to allow Caribou to joint venture a maximum of 50 percent of the project.

More detailed information related to these amendments will be available in the staff report, which will be released to the public at the close of business on Thursday, June 10th.  The amendments to the development agreement will be on the June 14th Planning Commission Agenda and are tentatively scheduled for the July 6th City Council meeting.

A local, somewhat unhinged, blogger wants Harrah to put these changes on the ballot and let the voters decide the fate of his building, again.  However, the voters already approved this project.  I have no problem with allowing our city officials and our City Council to decide the fate of One Broadway Plaza.

My biggest problem with this project is that Harrah agreed to a Project Labor Agreement, with the local construction unions.  This means that the project can only be built with union labor, however that is no guarantee that the workers hired will be from our area.  I would like to see Harrah dissolve that agreement and instead assure our City Council that a majority of the workers hired will live in Santa Ana.

Times have changed since Harrah first proposed this tower.  I am still not sure that he can fill it up.  Our economy is a disaster and President Barack Obama is not doing much to fix it.  That said, this tower would provide a lot of construction jobs and after it is built there will continue to be a net positive contribution to our local economy.  I don’t know how we can reject that possibility.

Also, this might be the perfect time for the City Council to renegotiate the scale of this project.  Harrah needs to downsize it!

Here is additional information about this project, from the City of Santa Ana’s website:

One Broadway Plaza is a 37‐story, 530,000 square foot office tower that will rise 493 feet from the ground and be the tallest building in Orange County. Additionally, a 9‐level (one subterranean), 2,500 space parking garage will be constructed to provide required parking for the tower and adjacent buildings. The site is in the midtown area of the City and is bordered by
Washington Avenue on the north, Sycamore Street on the east, Tenth Street on the south, and Broadway on the west. Listed below are some frequently asked questions regarding the project:

What is the status of the project?

When will construction begin?

Although the permits for the grading and foundation have been obtained, no construction is
planned at this time. In 2008, several test pilings were installed for the tower.

Who do I call if construction impacts (dust, noise, etc.) occur?

The contact person at the job site is Tim Thomas, Project Superintendent. He can be reached at (949) 852‐0111. Vince Fregoso is the City’s project planner for One Broadway Plaza. He can be reached by phone at (714) 667‐2713 or via email at vfregoso@santa‐ana.org.

6 thoughts on “Maybe we ought to let Harrah build the tower at One Broadway Plaza?”