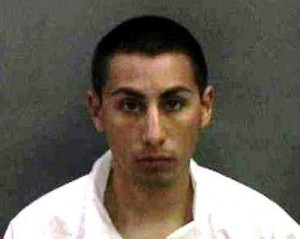 SANTA ANA – A man was sentenced today to 15 years to life in state prison and mandatory lifetime sex offender registration for sexually assaulting a 13-year-old boy after he lured him inside a library bathroom. Robert Howard Claudio, 25, Anaheim Hills, was found guilty by a jury Sept. 5, 2013, of one felony count of kidnapping for child molesting, four felony counts of lewd acts with a minor under 14, and sentencing enhancement allegations for substantial sexual conduct with a child and increasing the risk of harm by kidnapping.

On the afternoon of March 9, 2012, Claudio approached 13-year-old John Doe in the Teen Room of the public library in Tustin while the victim was waiting for his mother to pick him up. Claudio convinced the victim that he was studying to be a social worker and was used to talking to younger boys. Claudio lured John Doe into a library bathroom and molested the victim by engaging in substantial sexual conduct.

John Doe told Claudio to stop and escaped from the bathroom. He ran to the Tustin Police Department (TPD) around the corner and immediately reported the sexual assault. During this same time, Claudio contacted a passing police officer and reported that the victim had solicited him to engage in sex acts. Claudio was arrested immediately.

At the sentencing today, John Doe’s mother submitted a written victim impact statement which was read by the People to the court. She wrote in part, “This has forever changed his and our lives… There isn’t a day that goes by where we are not reminded of that horrible day.”