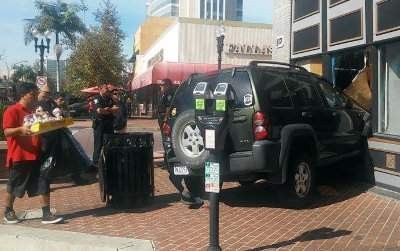 An SUV crashed into the Rankin Building at 4th and Sycamore in DTSA today just before 11:30 a.m., according to local community activist Igmar Rodas, who sent us a few pictures of the accident.

Apparently the driver, a Hispanic male, was moving foward into a parking space and he somehow jumped the curb and drove into the building. 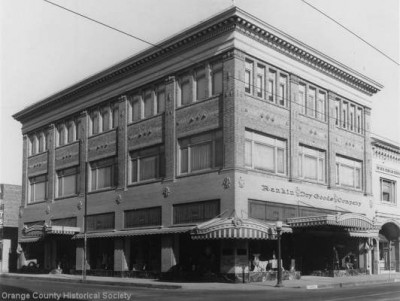 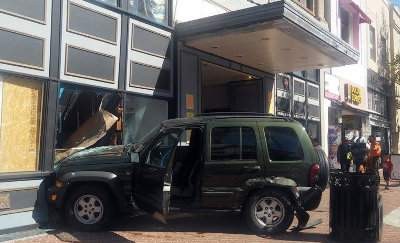 A witness told Rodas that as the SUV’s driver was parking, he suddenly accelerated instead of applying his brakes, which propelled him over the curb and into the building. There was one male driver with no passengers. No injuries were reported.

The SAPD investigated the accident.  No arrests were reported.

« Enjoy a live Mozart Piano Concerto at Santa Ana College tonight for $5 to $15
Life Without Parole play now at Vanguard University through Nov. 1 »