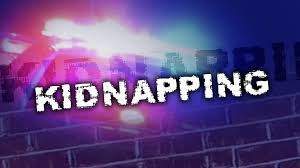 SANTA ANA, Calif. – A man charged with aggravated kidnapping for ransom and extortion in connection with kidnapping an Irvine woman and holding her for ransom is the first Orange County inmate to petition to be released on his own recognizance following a judge’s order Friday that ordered the Orange County Jail’s population be reduced by half.

The inmate faces a maximum sentence of life in prison if convicted on all charges.

Schley is currently being held at the Orange County Jail on $1 million bail. His petition to be released on his own recognizance is scheduled to be in Department H1 at the Harbor Justice Center in Newport Beach at 9 a.m. on December 23, 2020.

Jane Doe was rescued by the Irvine Police Department after her mother-in-law contacted police and requested a welfare check.

On Friday, an Orange County Superior Court judge issued a ruling in Campbell et. all v. Barnes which ordered Sheriff Don Barnes to reduce the population of the Orange County Jail by 50% due to inmate safety concerns over an increase in the number of inmates contracting COVID-19.

The Orange County District Attorney’s Office, in conjunction with the Sheriff’s Department, the Public Defender, the Criminal Defense Bar, the County’s Health Care Agency, and the Orange County Superior Court, has worked collaboratively throughout the pandemic to conduct risk assessments in order to release medically vulnerable inmates prior to completing their entire sentence.

The District Attorney’s Office has been keeping statistics in order to understand the impact of these court orders. Orange County inmates released early before serving their full sentence or on $0 bail went out and committed new crimes at rates at nearly triple normal recidivism rates: 44% for early release inmates and 38% for $0 bail defendants.

As well as a 23-year-old man who stabbed his 17-year-old ex-girlfriend four times, killing her. He had been released on $0 bail 3 ½ weeks earlier.

“The jail population has been reduced by more than 33 percent since the beginning of the pandemic in March,” said Orange County District Attorney Todd Spitzer. “There are more than 400 people in custody who have already been convicted or who are awaiting trial for murder or attempted murder. Now the ACLU is fighting to release people who have been convicted or are awaiting trial on felony charges that could send them to prison for the rest of their lives. These are hardcore criminals who are going to try everything they can to game the system so they can get out and commit more crimes. The judge’s order is outrageous and I’m not going to allow Orange County and Southern California residents to be put at risk by the release of dangerous and violent criminals back into our communities.”