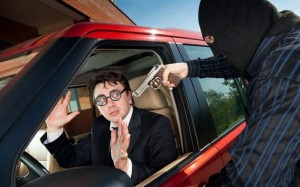 The bad news? The carjacking happened at Bristol Street and Segerstrom Avenue.  Yep.  Right near what is referred to as South Coast but is actually Santa Ana.

This comes just a few weeks after the death of a 33-year old man who turned out to be the co-founder of a big tech firm in Irvine – Andrew Scott Reisse, when gang bangers fleeing the police hit a car that then ran into the victim, who was walking through an intersection,  at Flower and MacArthur,.in south Santa Ana.

If south Santa Ana is going to hell in a hand-basket, how safe are the rest of us?

« Pulido garners praise as he works to shut down SONGS and save the fire pits
O.C. Clerk-Recorder’s branches open for special Saturday hours on 6/22 »

6 thoughts on “Man carjacked on Bristol and Segerstrom Ave., near South Coast Plaza”