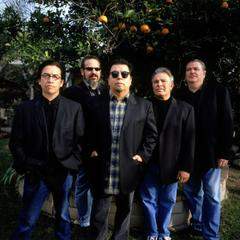 The City of Santa Ana will recognize Grammy Award-winning recording artists LOS LOBOS with a proclamation declaring May 6, 2016 as “Los Lobos Day” during their performance at The Observatory in Santa Ana.

The honor is in recognition of the band recording their latest album, Gates of Gold, at the Blue Velvet Recording Studio in Santa Ana. The album, which has received critical acclaim, is described as an American saga in the rich literary tradition of legendary authors John Steinbeck and William Faulkner.

Founded in 1973 as Los Lobos del Este de Los Angeles, Los Lobos have delighted fans and transformed the American cultural landscape for four decades with classic albums such as …And a Time to Dance, How Will the Wolf Survive?, the groundbreaking Kiko and their megahit re-recording of Ritchie Valens’ 1950s song La Bamba.

In addition to serving as musical ambassadors to the Mexican American community, Los Lobos are masters of numerous musical styles that reflect the diversity and musical heritage of America, including blues, rock, norteño, cumbia and jarocho.

“We’re a Mexican American band, and no word describes America like immigrant. Most of us are children of immigrants, so it’s perhaps natural that the songs we create celebrate America in this way,” says Louie Perez, the “poet laureate” of Los Lobos, when describing the songs on Gates of Gold.

Santa Ana Mayor Pro Tem Vicente Sarmiento and Councilman Sal Tinajero will be presenting the proclamation to Los Lobos before the band’s 9:00 pm performance at The Observatory (3503 S. Harbor Blvd., Santa Ana, CA). Councilman Tinajero represents Ward 6, where both Blue Velvet Recording Studios and The Observatory are located. Sandra Peña Sarmiento, Vice Chair of the Santa Ana Arts Commission, who also represents Ward 6, will also be on hand to present the proclamation.

Of the decision to recognize the band, Mayor Pro Tem Sarmiento noted, “Los Lobos have played an important role in American culture. Their music speaks to and connects with our community here in Santa Ana. We are proud to honor them and are excited to see legendary artists like Los Lobos be part of developing an arts economy in our city.”

Councilman Tinajero commented, “We are honored that Los Lobos chose Santa Ana to record their new album, and it is important to recognize that the city is attracting artists of this caliber, who are also using technology to create new jobs and develop the creative industry in our city. Talent is the ultimate renewable resource!”

“We were excited to learn that Los Lobos were recording their new album Gates of Gold in Santa Ana, which is known as the Golden City,” said Peña Sarmiento. “We have a vibrant musical history in this city, and it is great to see this part of Santa Ana blossom with live performance and media production facilities.”

Los Lobos will perform at The Observatory in Santa Ana tomorrow, May 6, 2016, on a bill with LP3 & The Tragedy and fellow music legends X and The Blasters. The Observatory is located at 3503 South Harbor Boulevard, Santa Ana, CA. Doors open at 7 pm. Tickets are $32.50. For more information, visit www.observatoryoc.com.

Lane reductions on Segerstrom Avenue between Spruce and Shelton