Jessica B. Cha is our choice for the Santa Ana City Council’s Ward 1 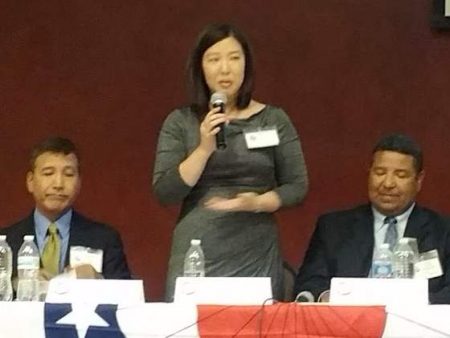 Cha’s parents came to the U.S. from South Korea in 1975. They have very little to their name and, like many Santa Ana residents, had to learn English. Cha’s mother eventually worked full-time as a registered nurse. Cha remembers fondly that her mom always picked her up from school and never missed any of her school functions. Her mom also took care not only of Cha and her sister but also their grandfather, who lived with them.

Cha’s website notes that from a young age she learned the value of hard work. She was raised to believe that she could accomplish anything she set her mind to. She credits her completion of a law degree to that mindset.

Cha’s father, Walter, bought his first building in Santa Ana. He now owns a number of properties in our city.

Cha, a successful attorney, could have moved anywhere after she finished law school and started her legal practice. But she chose to buy a home in Santa Ana and she also established her law office here.

Cha is a graduate of the Syracuse University College of Law and UC San Diego.

You can reach Cha at jessicaforcitycouncil@gmail.com. Check out her Facebook page here. 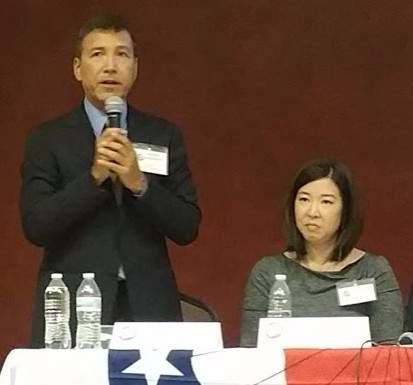 We wholeheartedly support Cha for the Santa Ana City Council. Sarmiento has not done nearly enough to fight the horrible increase in violent crime in our city. He has also supported the hiring of both inexperienced and ineffective SAPD Police Chief Carlos Rojas and our overpaid City Manager, David Cavazos. We feel that our residents would benefit from a new voice on our City Council and support the election of qualified women. Remember that Ward 3 Councilwoman Angie Amezcua is retiring from the City Council in November and Ward 2 Councilwoman Michele Martinez may get elected to the First Supervisorial District, which will result in having no women on our City Council.

One thought on “Jessica B. Cha is our choice for the Santa Ana City Council’s Ward 1”