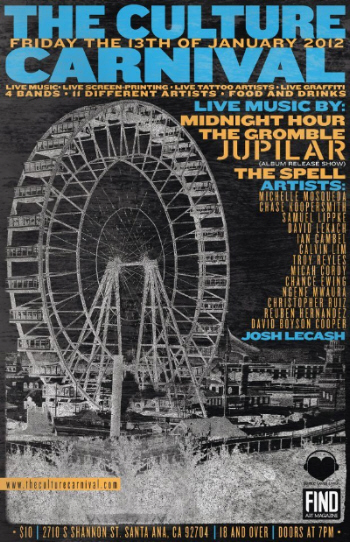 This will set a new precedent for what you expect from an event. Once you go to your first, you will always be waiting for the next.  Culture Carnival.  At 2710 S. Shannon St., in Santa Ana. 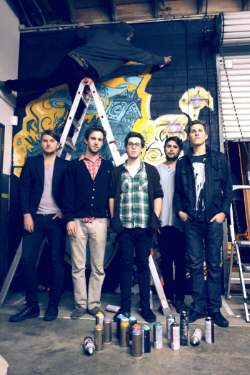 OC pop rockers The Gromble, will perform at The Culture Carnival in Santa Ana on January 13. Recently nominated for the OC Music Awards for ‘Best Live Band,’ The Gromble debuted their highly anticipated music video for “Creepy Crawly” on YouTube. Another track from their self-titled EP, “Cold Wolves” has also been named as the theme song for brand-new web series “Andy & Chaz Bugger Off To America,” starring True Blood actor Darren Darnborough. Next, they will be featured in an upcoming issue of the LA Times: OC Edition.

The Gromble teamed up with renowned engineer John Adams to work on their full length album, out early next year. Adams has engineered several famous singers, including R. Kelly and Jordan Sparks and is also the main engineer for Yahoo!Live Sessions, working with bands like Coldplay and Mumford and Sons.  The indie pop rockers will be performing at the Music Saves Lives charity on January 13 with fellow OC band Midnight Hour.

$5 PRESALE
$10 AT THE DOOR
http://micahcordy.ticketbud.com/the-culture-carnival