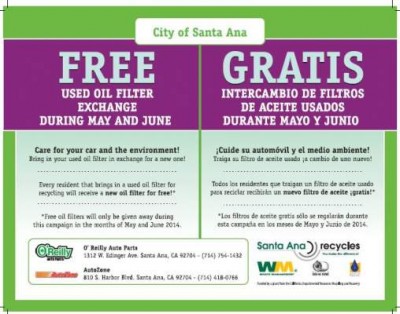 Exchange your filter at the following locations: