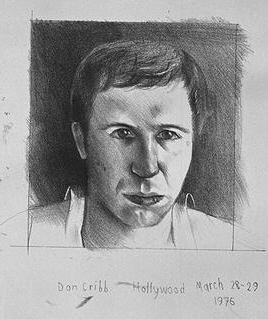 Cribb likes to call himself the founder of the Santa Ana Artists Village.  Well, it seems to have been his idea but there were a lot of people involved.  But his real vision went beyond embracing the arts.  The movement was really all about changing Santa Ana at its core and disenfranchising Latinos.

That Cribb was able to cajole our city leaders into using public money to advance his vision is disgusting.  Yes, the downtown has changed, but families and Latinos have been pushed out of the downtown area, which is what Cribb really intended all along.

Do you doubt what I am saying?  Well here is what Cribb himself had to say in an email posted on the Santora artists Facebook page:

I firmly believe that Newsong is singing a sweet one! It is intended to sound innocent and cooperative and vague as possible, for a reason! Newsong is not really committed to anything but their religious interests, survival, and growth. They are not in Santa Ana to support the arts as we known them, but for a redefinition that not only includes them, but to help establish themselves as a hub! They clearly intend to recruit outreach to children as a screen for bigger intentions!

Is this not yet obvious, because Newsong is a youth-oriented strategy to use a multi-denominational effort much like a Trojan horse! How dangerous might this situation really be? In whose interest would it be to offer a church, any church, the benefit of any doubt? After all the wordsmithing in their documents and press releases indicate they are willing to hide full intentions! Newsong is as dangerous as imaginable, and just to be safe and protect the Artists Village from unwelcome and potentially disastrous results, the organization, United Artists of Santa Ana, needs to step up and say loud and clear, “NO!” and continue SAYING “NO!” until the big bad wolf has retreated to ultra suburbia, Irvine, their home! Doesn’t anyone seriously question why they’ve appeared in Santa Ana all loving and sweet with proclamations of affection and bearing no arms? Are you kidding?

I say “BEWARE!” with profound and deep concern! And appreciate those with insightful alarm! In my view it is not misplaced!

Wow.  Cribb’s obvious hatred of Christians is simply disgusting and we as residents of Santa Ana should not tolerate this at all.

I was also disappointed by the reaction of Downtown, Inc’s Vicky Baxter:

Vicky Baxter, executive director of Downtown Inc., which promotes the downtown, said the organization is interested in learning Newsong’s intentions.

“Artists and businesses are scared of censorship, and we want to talk to the church about that,” she said. “It looks like church has done many acquisitions similar to this, and we don’t think this is new for them. It could be the best thing for the building, but we don’t know.”

With all due respect to Ms. Baxter, what Newsong intends to do with their property is none of her business – or anyone else’s.  The Santora building is a private property and Newsong can do what they want with it, period.

My advice to the Newsong executive board is to dismiss any and all artists who cannot or do not pay their rent in full, on time.  And they should be careful not to rent space to any overtly anti-Christian tenants.  People have the right to pursue hatred but that doesn’t mean Newsong should have to rent to them.  If you want to call that censorship, go ahead.  I call it property rights.

With redevelopment dead, it is high time for the people of Santa Ana to take back our downtown from Cribb and his fellow elitists.  Welcoming Newsong to the Santora building is a step in the right direction.

Is there a place for the arts in Santa Ana?  Of course.  But the artists need to separate themselves from the likes of Cribb – the sooner the better.