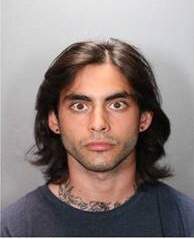 SANTA ANA, Calif. – A 24-year-old Costa Mesa man has been charged with murder for shooting and killing a 6-year-old boy during a road rage incident on the 55 freeway on May 21, 2021. The 23-year-old driver of getaway vehicle has been charged with being an accessory after the fact and having a concealed weapon in her vehicle.

Marcus Anthony Eriz, 24, of Costa Mesa has been charged with one felony count of murder, one felony count of shooting into an occupied vehicle, and two felony enhancements of the personal discharge of a firearm causing great bodily injury and death. He faces a maximum sentence of 40 years to life in state prison if convicted on all counts.

Wynne Lee, 23, of Costa Mesa, has been charged with one felony count of accessory after the fact and one misdemeanor count of having a concealed firearm in a vehicle. She faces a maximum sentence of three years in state prison and one year in the Orange County Jail if convicted on all charges.

An Orange County Superior Court judge granted the prosecutors’ request to double Eriz’ bail to $2 million and increase Lee’s bail from the statutory bail of $20,000 to $500,000. Lee and Eriz are scheduled to be arraigned at 9 a.m. on June 18, 2021 in Department C55 at the Central Justice Center in Santa Ana.

Just after 8 a.m. on Friday, May 21, 2021, 6-year-old Aiden Leos was shot and killed while in the back seat of his mother’s car while on the 55 freeway near Chapman Avenue following a road rage incident. Leos was on his way to kindergarten at Calvary Chapel in Yorba Linda.

The California Highway Patrol launched an intense manhunt for the shooter that spanned Southern California, including issuing a public plea for tips about the whereabouts of the suspects’ 2018/2019 white Volkswagen Sportswagen.

Eriz and Lee were arrested by the California Highway Patrol on Sunday, June 6, 2021.

“Six-year-olds should be playing in the sun and eating ice cream, not being memorialized at funerals. Aiden’s life is a life interrupted and of potential that will never be realized,” said Orange County District Attorney Todd Spitzer. “We will never know what Aiden could have been or what he could have accomplished and that is nothing short of tragic. The California Highway Patrol and the Orange County District Attorney’s Office were relentless in the pursuit of the two individuals responsible and we will be relentless in the pursuit of justice for Aiden.”