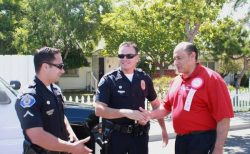 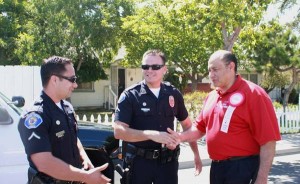 SACRAMENTO, CA – The California State Senate this week unanimously approved Senate Bill 1296 (SB 1296) introduced by Senator Lou Correa (Orange County). This legislative measure would require the Commission on Peace Officer Standards and Training (POST) in collaboration with the California Department of Veterans Affairs (CDVA), to assess the training needed by peace officers on the topic of returning veterans or other persons suffering from traumatic brain injury (TBI) or post-traumatic stress disorder (PTSD). SB 1296 directs POST to create a course for peace officers who are emergency first responders on how to recognize and interact with persons suffering from TBI or PTSD, and requires that the course be made available to law enforcement agencies in California.

“Currently, there are no peace officer training programs for emergency first responders that focus on recognizing and interacting with persons suffering from TBI or PTSD,” said Senator Lou Correa. “Increasing numbers of persons suffer from TBI and PTSD, especially American Veterans. Because these injuries are often unnoticeable, and include symptoms such as behaviors of anger, hostility, and aggression, they pose certain challenges to people who come into contact with them. SB 1296 would create a program which would provide peace officers with the training necessary to recognize and interact with returning veterans and persons suffering from TBI or PTSD”.

TBI is an injury sustained after birth from an external force to the brain or any of its parts that results in psychological, neurological or anatomical changes in brain functions. TBI and PTSD have been identified as the “signature injuries” and “silent epidemics” affecting an increasing number of veterans returning from recent military conflicts.

The Center for Disease Control estimates that 5.3 million Americans have long-term or lifelong disabilities associated with TBI, including 350,000 Californians. Approximately 50,000 people in the U.S. die every year from TBI. Persons with TBI are often referred to as the “walking wounded.” Their injuries, mostly unnoticeable at first sight, pose certain challenges to those who come in contact with them. It has been estimated that 300,000 Iraq and Afghanistan war veterans are afflicted with PTSD.