Cars & cockpits, Ferrari Day, on May 1 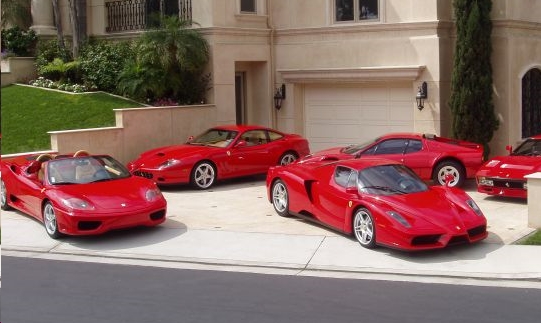 Lyon Air Museum, a premier Southern California showcase for vintage military aircraft and automobiles, will host dozens of late-model Ferrari Italian sports cars as part of a “Cars & Cockpits” event scheduled for Sun., May 1, 2011, from 10:30-11:30 a.m. at the facility, located on the west side of the runway at John Wayne Airport in Orange County. (NOTE: Weather permitting).

Ferrari S.p.A. is an Italian sports car manufacturer based in Maranello, Italy. The elegant Ferrari automobiles on display at the Museum will be driven by members of the Ferrari Owners Club (FOC), FCA SW Region, based in Huntington Beach, Calif. Ferrari owners will be bringing in their cars from across the region. Various types of Ferraris will be shown, including the 458 Italia, 599GTB Fiorano, 599GTO (Grand Turismo Omologato), 612 Scaglietti, California and F430

“This special event has a definite excitement factor because it presents Museum visitors with an exceptional opportunity to view some of the rarest of the fabulous vintage Ferrari sports cars in pristine condition,” said Mark Foster, president of Lyon Air Museum.

“Ferrari has been producing cars for road and track for more than sixty years, combining passion, design and technological perfection,” Otto said. “Anyone who comes to the Museum on Sunday will be able to get that incredible Ferrari experience firsthand.”

On the first Sunday of each month, Lyon Air Museum hosts a different automobile “club” for a morning of cars and cockpits. Vintage, exotic, and otherwise very rare vehicles line the museum parking lot for a casual grouping and viewing. The car events are FREE to the public for viewing, and there’s coffee and breakfast snacks available for purchase. Lyon Air Museum is open during the car events, with several rare vehicles on display along side the fully-operational bombers and war-time aircraft.