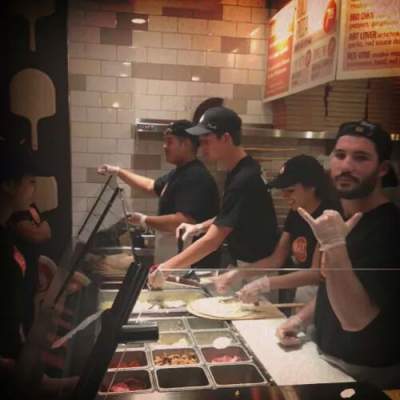 Blaze Pizza uses an assembly-line format that lets guests customize a signature pizza or create one of their own, choosing from a wide selection of fresh, artisanal toppings, most at no extra charge. Each 11-inch pizza is then “fast-fire’d” in a blazing-hot, open-hearth oven, and is ready in less than two minutes. Blaze Pizza offers gluten-free dough and vegan cheese to accommodate pizza fans with specific dietary needs as well. The restaurant’s menu also features signature salads, lemonades, beer & wine, and house-made S’more Pies for dessert.

A creation of Elise and Rick Wetzel (founder of Wetzel’s Pretzels) and backed by investors including Maria Shriver, movie producer John Davis and Boston Red Sox co-owner Tom Werner, Blaze Pizza features the talents of Chef Bradford Kent of Olio Pizzeria & Café, who developed the dough and recipes exclusively for the company. 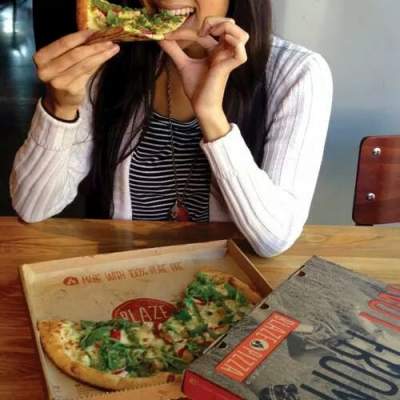 Kent and the pizzas he crafts were featured in Zagat’s “Destination Pizzas: 10 Pies Worth a Trip.” Zagat Guide’s “Destination Pizzas” noted the pizzas created by Chef Kent are “… darn near perfect. Brad Kent stokes the fire with olive and almond wood, keeping it around 800 to 850 degrees. He ferments three styles of dough separately and mixes them together for his preferred texture and flavor. What you get are pies with a uniformly crisp bottom, so no flopping, and a soft, chewy, fluffy slice,” according to Yahoo Finance.

Blaze Pizza’s executive team has played a significant role in the growth of concepts including Buffalo Wild Wings, Chipotle Mexican Grill and Wetzel’s Pretzels.  They just opened a new location in Newport Beach as well, in Fashion Island – and they too are offering free pizza today.