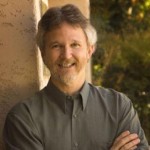 Dr. Alan Houston, a guest scholar of the exhibit “Benjamin Franklin: In Search of a Better World,” and an internationally recognized award-winning political theorist, as well as a professor of political science & provost of Eleanor Roosevelt College, UCSD, is going to be speaking at the Bowers Museum, on the subject of Benjamin Franklin & the Politics of Improvement, on Saturday, February 5 at 1:30 p.m.  The event will also include a nook signing at 3:00 p.m.

Dr. Houston, renowned British and American scholar, gained international notoriety after a remarkable discovery of Benjamin Franklin letters which had not been seen in more than 250 years. Dr. Houston’s engaging lecture, based on his critically acclaimed book, explores Franklin’s thoughts on themes such as freedom, slavery, trade, and immigration, which are still relevant today.

One thought on “Ben Franklin scholar Dr. Alan Houston to speak at the Bowers Museum on Feb. 5”