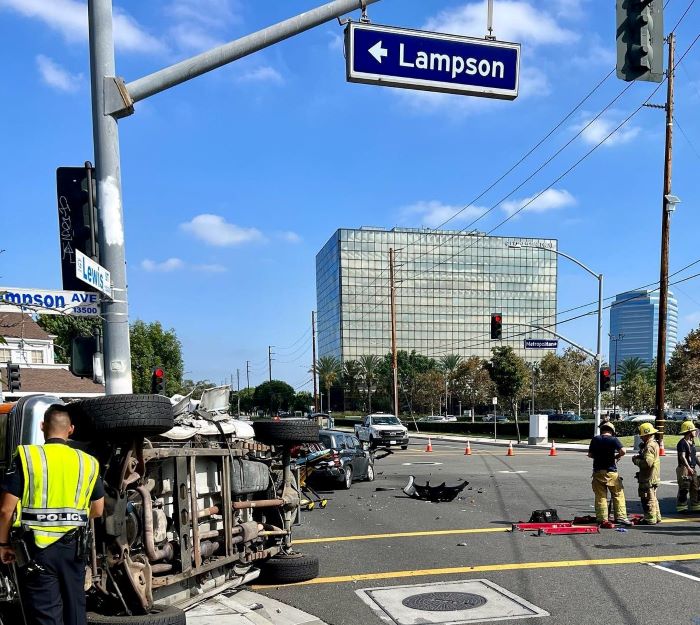 On September 19, 2022, at 9:13 a.m., a pickup truck was traveling south on Lewis Street through a green light at Lampson Avenue. A witness reported a SUV drove west from Metropolitan Drive through a red light and collided into the truck.

The truck rolled onto its side and came to rest after striking a signal pole. The driver of the truck, a 39-year-old male from Orange, was transported to a local hospital where he later succumbed to his injuries.

The driver of the SUV, a male adult from Garden Grove, remained at the scene and is cooperating with the ongoing investigation.

Drugs and alcohol are not suspected as a contributing factor to this collision. No other occupants were inside of the vehicles.

The Orange Police Department Major Accident Investigation Team responded and assumed the investigation. Anyone with information can contact our Traffic Bureau at 714-744-7451.