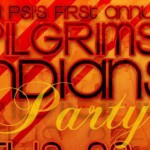 « Eat at Veggie Grill today to help the people of Darfur!
How will Supervisor Janet Nguyen get Democratic and Independent votes in 2012? »